Today marks the start of season 29 at Digiturf where there will be $300,000 in added sponsorship up for grabs between now and the end of November but we can’t close the door on season 28 without giving some coverage to the World Championship Day races which takes place on the final day of every season. 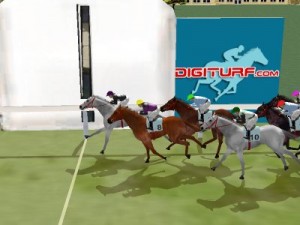 Whilst they may not hold the same prestige and financial reward of the Grade One finals, these Grade Two races are the only races on the Grade Two calender which carry sponsorship and are always well supported and ultra competitve, often spawning many instances of each race.

It has often been noted that weights seem to favor the two year olds in these events though it likely has more to do with the respective numbers of horses in training. Yesterday was no exception to the trend however; Projectile, Booby Prize, Bundy Brilliance, Mizz Diva and Honeyburst winning five of the nine races for the juvenile generation.

A sure reflection of the competitive nature of these races is the fact that the nine races fell to eight different owners with only Flying Stable, who followed up Mizz Diva’s win in the 1600m event with the four year old Twilight (MEX) in the 2200m race.