The new season at Raceclubs may only be three days old but already the qualifying races have started in preparation for the Challenge Series finals at the end of November and it is good to see that all the $200 added races have so far been well-supported, resulting in competitive fields. 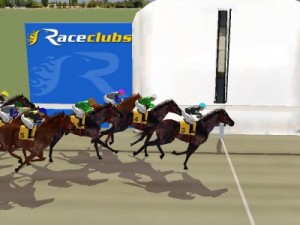 On Tuesday, it was the sprinters turn to take to the track and show what they could do. In the Nunthorpe Sprint Qualifier for 3yo colts, hot favorite Silver Sprinter could manage only fifth behind Kopites’ King Kenny D. It was a different story in the fillies’ event however as punters choice Mapperley Heights and Sakhmet fighting out the finish with the latter getting the better of the duel under Charlie Saxon. Victor Consortio’s filly has now won three of her six starts and finished in the money in each of the other three. She has clearly done well from two to three and looks one to follow.

The Newbury Colts Sprint Qualifier, on the same day, resulted in a one-two finish for the shotgun_mike yard in the shape of Insomnic Illusion and Fatal Inertia. The fillies’ equivalent was won by Chloe Elizabeth representing Burkveen Racing.

Performance of the day though must go to Dark Assassin for owner The Face. The five year old won this full field contest in convincing style on the American dirt, giving 2lb and a beating to closest pursuer, shotgun_mike’s Inspirona Amazian.

Earlier on the card, Queen Of Egypt scored for Butlers Yard in the Queen Elizabeth Classic Qualifier, coming home half a length clear of Winning Post’s Classic Insight.

Max Marks Your Card – 17th May