Over at Raceclubs on Monday, the top three year old sprinters turned out for the second round of the Nunthorpe Sprint Qualifiers. Once again, these events proved extremely popular and there were sufficient entrants to fill to full-size instances of the colts division. 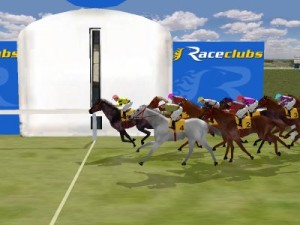 Even more impressive was the fact that Liveoak Stables managed to scoop both prizes, netting around $200 in the process. His Zapdos looked useful in winning the admittedly possibly weaker of the two instances under Charlie Saxon while the same owner’s Gentleman Earl showed he is likely to be a force to be reckoned with wherever he turns out this season. The colt readily disposed of Daztron’s Silver Sprinter, providing the form with a solid look.

Equally impressive was the winner of the Nunthorpe Sprint Qualifier for 3yo fillies, Shes My Girl who made short work beating The Reebok’s Kung Fu Kimmie for owner Flying Fillies under jockey, Wayne Bailey. Hot favorite for this event, Shes My Girl was winning for the sixth time in just twelve career starts.

Only five runners lined up for the Newbury Colts Sprint Qualifier for 4-7yo but it resulted in another fine performance from shotgun_mike’s Imperia Skywalker who gave weight away all round to win with Heinz Huber in the plate.

The final Qualifier of the day, the Newbury Fillies Sprint Qualifier for 4-7yo was won by Tornado Of Death for the heinz stable. The four year old mare narrowly defeated thirteen rivals headed by Burkveen Racing’s Miss General with favorite Sunline (NZ) back in third.

Judging by what we have seen so far, the Raceclubs Challenge Series Finals are going to be something to really look forward to this season.

Max Marks Your Card – 21st May