The highly versatile colt, Urban Legend, who has been known to run over distances as far as 3200m and yet has not finished out of the frame in four starts over 1200m and 1400m already this season, yesterday put in a scintillating performance to win the King George Classic Qualifier for 4-7yo. 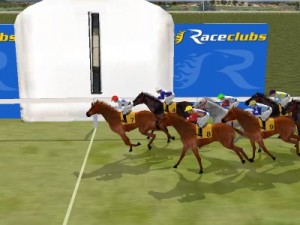 Eleven runners went to post for the 1800m event which took place in Hong Kong, where the turf was riding firm. The field included the massively prolific colt, Public Enemy No1 from Wrs Stables but things didn’t go his way in the race and he could manage only fifth. These two and a third runner, Colin, shared top weight and were conceding 16lb and more to the remaining eight participants.

But while Colin wilted under his welter burden, Urban Legend looked spring-heeled as he ran readily under jockey Kieran Doyle to record an impressive success. Price Racing’s four year old has clearly gone the right way from three to four and judging by this performance, there should be more to come. Shotguns Dream and Larry Fitzgerald followed him home.

Earlier on the card, the fillies had put their abilities to the test in the Queen Elizabeth Classic Qualifier for 4-7yo. Here, shotgun_mike’s six year old mare, Daltresse Royale, gave 4lb and a beating to Farndale Farms’ Bast. The race was run over 2400m on the dirt at Canada’s virtual track where the ground was described as muddy.

Willow Not So Wooden At HorseRacingPark