It may be early days in the Raceclubs Challenge Series but Sky Castle Stables already looks to be holding a strong hand as his Randwick shot to the head of the standings following victory in the St Leger Challenge Qualifier for 3yo Colts on Wednesday. 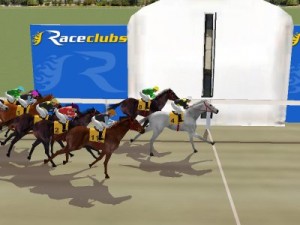 Randwick was having his first outing of the new season in this event which took place on the sloppy dirt track at America. Sky Castle Stables’ colt started hot favorite for the race in which twelve runners went to post based on his two year old form which saw him win the $1000 added Ladbrokes Challenge Final in May and culminate in victory in the Classic Challenge Final Juvenile, a race which carries near $5000 in added prizemoney.

Ridden today by Jacques Girard, Randwick didn’t let his supporters down and went on to score by half a length from shotgun_mike’s Operatic Opus, with Divine Diva Stables’ Tokii Dokii back in third.