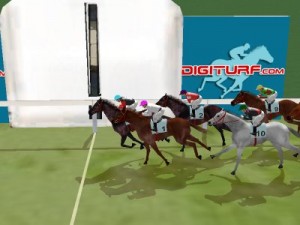 The colt, now turned three, sailed past his reserve price and went on to reach $1799 before the hammer came down. He will now leave the yard of Worldwater Stables to join none other than leading owner, Chrisman.

As a juvenile, Priscus Of Rome was the runner-up in the Juvenile Classic Championship and was then turned out again a day later when winning the Juvenile Stayers Championship. Things have not gone quite so well so far this term however with his best effort being a second place in a seven runner Rated Race from his three starts. That does not tell the whole story though as he has met considerable trouble in running but it remains to be seen if the colt is quite as good as he was at two.

The biggest price paid of all at the auction though was a group of eight horses sold out of the Foggydan stable to major player, Black Lotus. The group reached a combined price of $4750, an average of just under $600 per horse.

Cepat Kaya was again extremely active in the sales taking home a total of thirteen horses from a variety of owners. The prices ranged from the $15 auction minimum and up to a top-priced $910.

Diary Of A RaceClubs Rivalry – Race To Immortality

Take A Chance On Vanetta