Maroon Spirit, a lightly raced three year old colt, trained by price racing showed he has what it takes to compete at the highest level over the marathon 2850m trip in Wednesday’s  St Leger Challenge Qualifier. 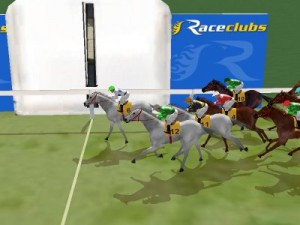 The race track at England was the host venue for today’s event and there was a little cut in the turf course, officially described as yielding. Twelve runners in total went to post and the field had a competitive look to it with consistent top level performers such as Randwick, Tokii Dokii and El Legandario in opposition.

Maroon Spirit was having his first outing beyond 2400m and only his eighth career start to date, having been turned out only over Classic distances so far, including when winner of a Classic Challenge Qualifier as a juvenile. Neither the gray colt’s inexperience nor the stamina sapping distance was sufficient to halt price racing’s colt however and he got home in pole position ahead of El Legendario and Randwick. It should be noted that El Legendario did not get the best of runs and might well reverse the placings in future.

Later in the day, Hong Kong staged the St Leger Challenge Qualifier for 3yo Fillies where the lack of any recent precipitation left the turf riding lightening quick, presenting a chance to the speedsters even over this extreme distance of 3200m.

The shotgun_mike duo of Queen Of Satan and Poetic Yesterday had been installed as race favorites by the punters but neither lived up to their supporter’s expectations. It was left to Team Johansson’s  filly, Majestic Love to scoop the pot as she got home narrowly ahead of Winning Post’s Wicked Wench with Butler’s Yard’s Devil’s Daughter taking minor honors.

This represented a return to form for Majestic Love. She was the winner of the St Leger Challenge Final as a juvenile but had yet to get off the mark this season.

This win combined with a previous third place finish sees Majestic Love share first place at the top of the standings with Xtreme Diva and Natalia From Mosc while El Legendario currently leads the colts ahead of Randwick.

Take A Chance On Vanetta