Yesterday, at Raceclubs, we saw the older horses line up for the latest Challenge Series Qualifiers over the classic distances. Most of the participants have now had at least two or three qualifying runs under their belt and as a result we’re beginning to see the standings start to take shape. 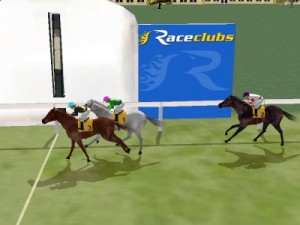 An intriguing looking line-up went to post for the Queen Elizabeth Classic Qualifier for 4-7yo Fillies, including names such as Queen Of Egypt, Surrounde and Heart Of Greed, all of whom have figured prominently in recent qualifying events. Minesweeping, owned by Liveoak Stables was making a belated reappearance here, not having been seen since last season’s Finals. The now five year old usually runs in the staying races where she has performed with great merit. In fact, she was last seen when finishing an admirable third in the Cesarewitch Challenge Final. She has also made her mark in classic events too, however, perhaps most notably when fourth of fourteen in the Consolation Oaks as a three year old. With this event being held over the maximum classic distance of 2400m, it played to her strengths more than some of the others. Minesweeping gave her best and this lightly-raced mare did not go down easily but in the end it was Stardust Racing’s The Path Of Death who came out on top.

The Path Of Death had missed just narrowly in a qualifier last time out, again over the longer distance when second to shotgun_mike’s Lady Madeline. The four year old gray was in no mood to be beaten this time however and she made the most of the 2lb weight concession she received from runner-up Minesweeping to win the race under Heinz Huber. Queen Of Egypt ran as if something was amiss and trailed home last of the fourteen while Surrounde was perhaps a little unfortunate in finishing fifth. Shotgun_mike’s Ascolato Euforium took third place, ahead of Heart Of Greed.

Punters’ choice for the King George Classic Qualifier was Stable 76’s colt, The Seeker, despite giving weight away all around. The chestnut is the reigning champ having netted the King George Classic Challenge Final at the end of last season over today’s distance and having already demonstrated his well-being when winning another Classic Qualifier two weeks previous. Sky Castle Stables’ Powwow had different ideas in mind though. The five year old was having his tenth successive outing in this type of event and although he had performed creditably was starting to prove expensive to follow. This time though was different and the race unfolded very favorably for Powwow who finished half a length to the good of The Seeker with Wrs Stables Mighty Gerrard back in third place.

The Seeker now stands eight points clear at the head of the Challenge Series standings for this event with Powwow now in second. It is much tighter in the fillies’ equivalent with Winning Post’s Heart Of Greed topping the table, three points clear of Sky Castle Stables’ Surrounde in second and shotgun_mike’s Shes Quicker a further point adrift in third.

Max Marks Your Card – 20th May