Gentleman Back To Form In Derby Qualifier

We noted here last week that Liveoak Stables’ colt Gentleman Earl probably wasn’t suited by race conditions when beaten by Slaughtered in the previous Derby Qualifier but on Thursday he put the record straight and in doing so found himself on top of the standings for the end of season Challenge Series Finals. 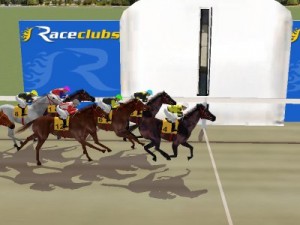 That previous race was run on the yielding turf over 2400m, a distance which we suspect stretches his stamina and is the likely reason why the colt was entered for the second instance on that occasion rather than the more competitive first instance. This time however, the Derby Qualifier for 3yo Colts was run over 1800m on the fast dirt track in America – conditions which would appear to suit him much better.

Gentleman Earl ran out a ready winner under Nazir Al-Khalifa, beating Sky Castle Stables’ Dusk Til Dawn, a previous winner of both a Derby and a St Leger Qualifier already this season. These two now stand one and two in the overall Challenge Series standings.

The final itself this year is to be run over 2200 and while this distance might not be beyond Gentleman Earl, it might play to Dusk Til Dawn’s strengths more as he has stamina in abundance.

The Oaks Qualifier for 3yo Fillies which took place on the same card went to shotgun_mike’s Queen Of Satan. She ran out a half length winner over Wrs Stables’ Legend Of The Sea. The Black Death owned Wonderful Outcome finished third. With Gissys Nags’ Passion Flower managing only sixth place on this occasion it remains very tight at the top of the standings for this event with no standout performer emerging at this early stage.